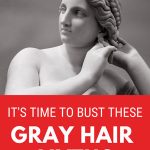 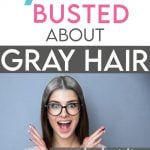 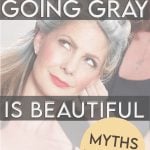 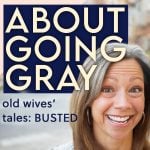 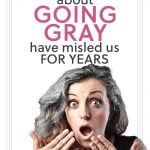 Inside: Myths about gray hair that have been (or need to be) discarded.

Many of us grew up hearing things about gray hair that simply weren’t true. A number of these misconceptions were rooted in sexism, ageism and bad science.

It’s time to shake off these outdated notions about gray hair. Let’s take a second look, shall we?

GRAY HAIR IS ONLY FOR OLD PEOPLE

Listen, the average age to start going gray for Caucasian people is the mid-30s, late 30s for Asians, and mid-40s for people of African descent, according to this study.

But many of us start graying much earlier, some as early as 11!

If hair dyeing wasn’t so prevalent (some estimates say that 75% of American women dye their hair), you’d see people of all ages and races walking around with gray hair, and it wouldn’t be such a big deal.

We live in a youth-obsessed culture, and it’s time to start pushing back against the notion that “old” automatically equals “bad.”

PLUCKING YOUR GRAY HAIRS INCREASES THEM

Don’t worry about sprouting extra gray hairs if you’ve resorted to tweezers in the past.

According to experts, plucking your gray hairs won’t increase them, but you might damage the follicle and, eventually, no hair will grow in that spot. YIKES!

If your gray hair bothers you that much, coloring is definitely a better option than plucking, for sure.

Or, maybe it’s time to think about embracing your grays. Come on, live a little!

I believed this myth for YEARS and it was one of the main reasons I was reluctant to ditch the dye.

But once I let my hair go gray, I was surprised to find that my new growth is silky, smooth and shiny, just like the hair of my youth! And I hear the same from many other silver sisters.

This misconception may stem from the fact that when you are just beginning your gray hair transition, those new gray hairs seem to stand straight up.

And since you’re not used to seeing gray hairs, they seem to stick out like a sore thumb! But look at your other new growth – it sticks up, too!

Now, if your gray hair does seem coarser, read what Philip Kingsley, the “Hair Doctor,” had this to say on the subject:

Contrary to popular belief, grey hair is not coarser – it is usually finer, as everyone’s hair gets finer with age. The reason why grey hair seems coarser is because oil glands produce less sebum when you’re older, which results in drier and more roughly-textured hair. This can also be due to the fact that most people chemically process and colour their hair more as they get older.

WOMEN WITH GRAY HAIR ARE FRUMPY

Take this idea, write it on a piece of paper, crumple it up, and throw it in the trashcan where it belongs.

Then, look at these women and tell me if they seem frumpy to you:

Because they have STYLE!

Remember, gray is just another hair color shade, so it can’t define your “look.”

Frumpy is a choice, not a side effect.

I didn’t know that this was a “thing” until a few ladies reached out to me with dismay that their hair was coming in white instead of gray.

What they did not realize is that there is no such thing as gray hair.

But yes, it’s true! Gray hair does not exist. It’s an optical illusion.

Instead, what you’ve got is unpigmented (aka “white”) hair. If that white hair lies next to pigmented hair, the reflection of the colored hair against the unpigmented hair creates the illusion of “gray” hair.

As you get older, and more of your new growth is unpigmented, your hair will appear whiter.

IF YOU WANT A JOB, YOU’D BETTER DYE YOUR HAIR

Ageism exists – and it’s rampant. I think we can agree on that, right?

But gray hair shouldn’t keep you from getting a job in most industries. Are you a lawyer or a doctor, for example? People often prefer people in these professions to have a modicum of gravitas, which gray hair instantly confers.

But for most professions, if you waltz into a job interview with a self-confident attitude and a stylish haircut, your gray (or graying) hair shouldn’t matter.

Attitudes are changing, so let’s hope in the future, this is less of a worry.

We’ve all heard the stories about Marie Antoinette or other tragic figures from history going gray virtually overnight, but it is not possible.

Can stress or traumatic events accelerate the growth of gray hair? Perhaps (there seems to be some debate on the subject), but if so, it’s a long term process.

WHAT OTHER GRAY HAIR MYTHS OR OLD WIVES’ TALES HAVE YOU HEARD?

I’d be interested in hearing from you in the comments!

Did any of these misconceptions about gray hair keep you from ditching the dye sooner?

Please do me a favor and share this post to social media, as it helps me grow my audience and spread the word about our Silver Revolution!  And remember to subscribe to my YouTube Channel and Pinterest Feed for more gray hair tips and product recommendations. Thanks!

Check out my shop on Amazon for all your gray hair needs:
Katie Goes Platinum Storefront

Everything You Didn’t Know About Going Gray 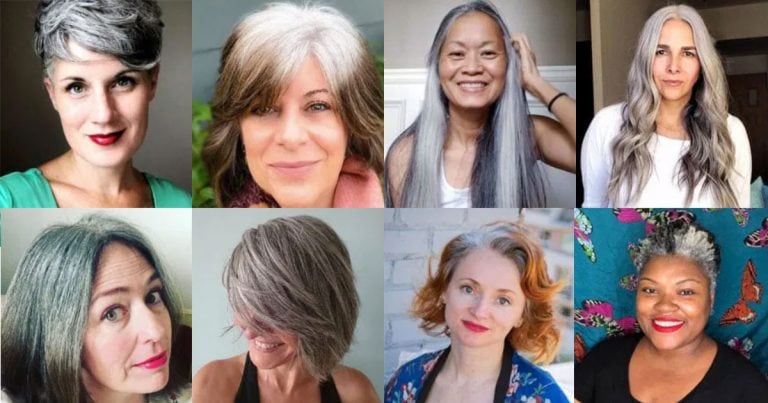 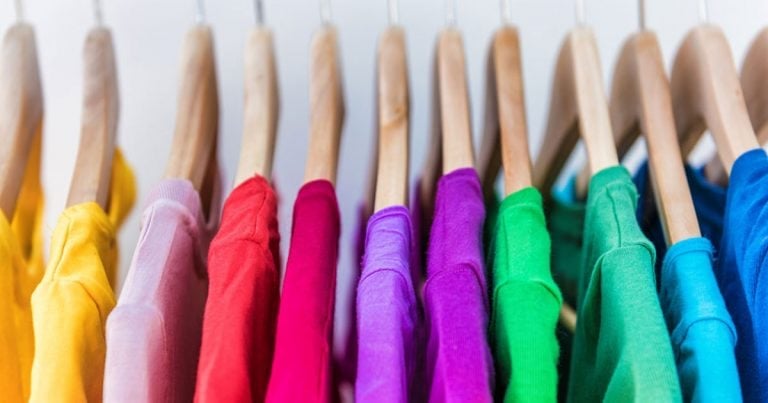 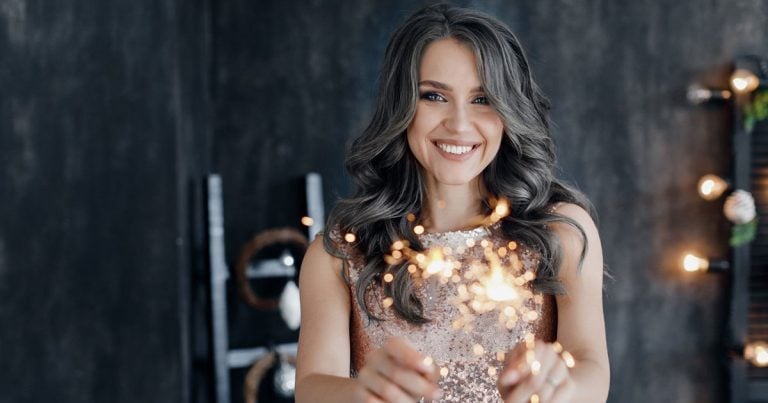 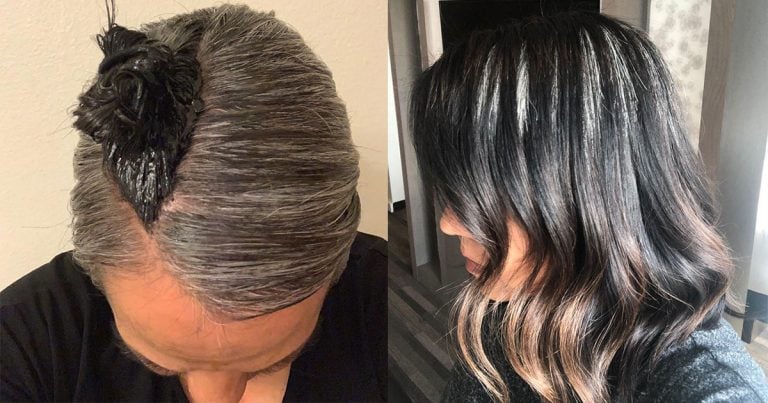 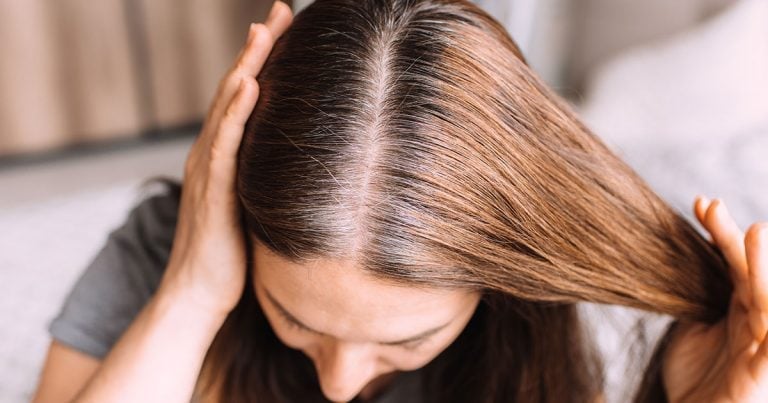